Baler, Aurora is one of the most popular surfing destinations in the Philippines. But beyond surfing, Baler is also rich in wonderful sights, delicious food and culture. On December 27, 1735, its entire population was almost wiped out by a tsunami and only seven families were able to survive. That should give you an idea about how big the waves can become in this surfing spot.

A tour around this laid-back town is a real treat. Nature lovers will have a great time exploring its beaches, forests, mangroves, islets and waterfalls. Baler’s town center delights its visitors with restaurants, shops and a museum that wonderfully takes you to its past and colorful culture. The warm and hospitable locals will make you feel at home. It’s great to know that a wonderful place like this is accessible to the country’s capital, Metro Manila. The travel time from Metro Manila to Baler would only take you around 6 hours.

Contents hide
Our Experience
Baler’s Surfing History
Baler Map
How to get to Baler:
Genesis Transport
What to do/Tourist Attractions:
Where to Eat in Baler + Restaurants Reviews: (Please click for the extensive post)
Where to Stay in Baler:
A – C
D – G
H – M
N – Z
Explorer’s Tip:

On top of surfing the internet, it was our first time to try real surfing. We noticed that the resorts here are elevated above the shore for about 8 feet high. Sturdy walls facing the beach protect them from the spikes of large waves during peak seasons. We went there on a September where the tide is low and the waves are not yet too monstrous for beginners like us.

We almost backed out on our trip because of a typhoon but it was a blessing that it left the next day during our scheduled trip. Our guide told us that there are several areas in Baler that doesn’t get affected much by storms because of the protection from the towering mountains. He also said that we are lucky to have visited Baler in a time when all of the major roads are already concrete. Getting around in Baler’s rough, steep and uphill roads used to be a pain.

We also learned from him that surfing in Baler started with the American soldiers that used to have a base in Subic, Olongapo. After they left, some locals who use to observe them tried building their own surfboards. They self-learned how to surf and it later became a popular sport in the area. He also added that the Philippine television program Kris TV boosted the town’s tourism after it featured Baler in 2014.

This is just an introduction to our Baler travel blog series. We will feature each attraction in detail in our upcoming posts. 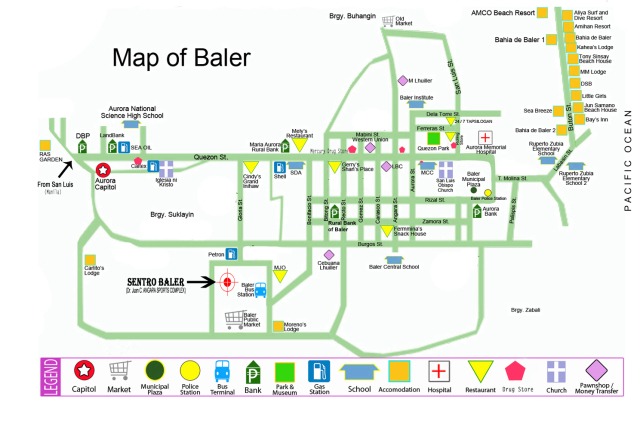 How to get to Baler:

From Metro Manila, we took a bus through Genesis Transport, Inc. So far, this is the only bus company that offers a trip straight to Baler. 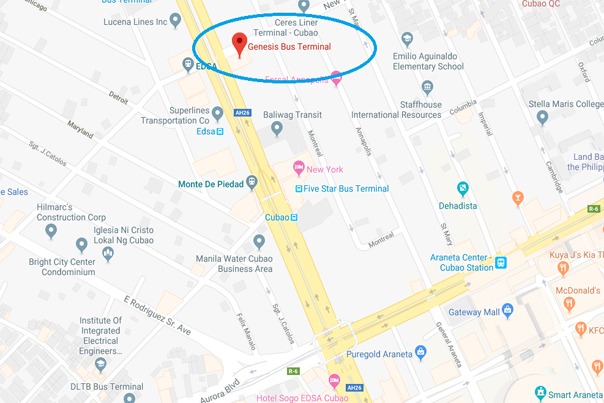 We went straight to the bus terminal without any advanced bookings online because we were not aware of that option yet. Luck just happens to be on our side when we got there because there were still some seats available. We recommend booking your ticket online and ahead of time using any of the two links below to avoid the hassle of missing your trip.

The other option to reach Baler is to take a bus to Cabanatuan City via 5 Star Bus. The Cabanatuan City bus station has several other buses and vans going to Baler. But considering how long the trip is, I recommend refraining from this option as much as possible. We recommend taking the overnight buses instead. This will let you sleep away the long trip and enjoy a delightful breakfast on your first morning in Baler. 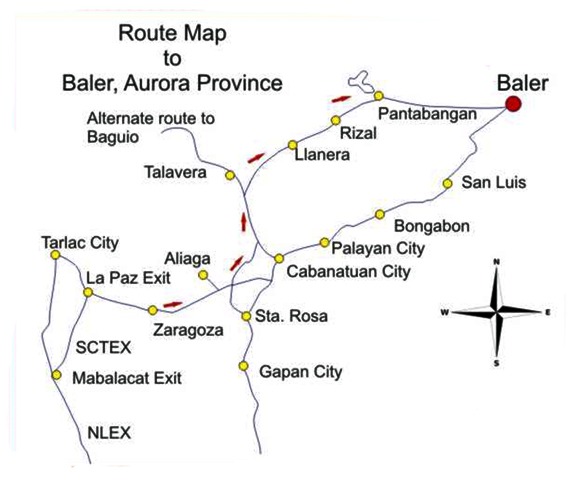 We went for their JoyBus overnight bus because it has a restroom. The ticket also covers a small pillow with a blanket and a snack. We were sleeping so hard that we never felt how dizzying the zigzag road was. We only realized how hard our first trip would have been during our morning trip back to Metro Manila. 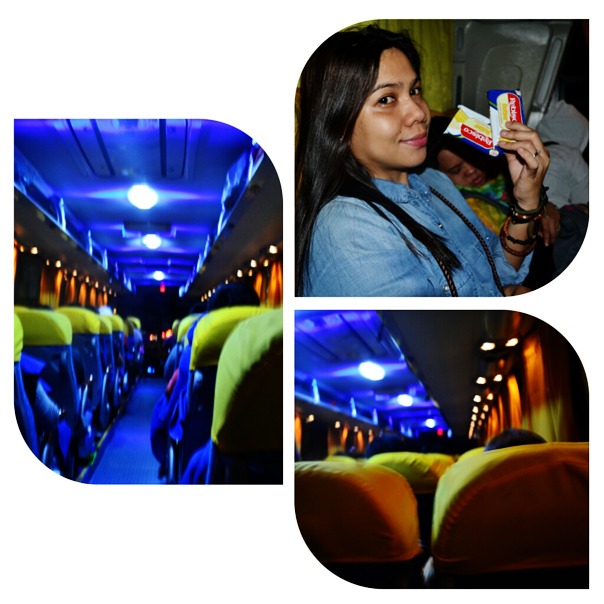 Where to Stay in Baler:

To save money on your surfing lesson, avoid getting a surfing instructor from the resort. There are roaming locals who would offer to teach you how to surf at a lower price. We can see in the picture below that Nalu Surf Camp’s rate is 350.00/hour with free pictures & beer. We ended up learning how to surf for 150.00 pesos per person only.

It’s because a local offered to teach us for 300.00/hour including surfboard rental.  He was flexible enough to let us divide it for the two of us. Each one of us practiced for 30 minutes at 150.00 each. It felt that the 30 minutes was very long because I didn’t expect that surfing is tremendously tiring. Juliet didn’t even spend her full 30 minutes after learning how to surf in five attempts. Forget the price, we’re just glad that we were spared from an exhausting 1-hour surfing.